I try to enter the NPR Weekend Edition Puzzle contest every week hoping to win a chance to match wits with Will Shortz on the air.  The challenge this week is "Name a brand of beer. Rearrange the letters to name an activity often associated with beer."
I know my answer isn't right but I liked it so much I sent it in anyway:

My favorite beer is Irish Stout but every time I disrobe it seems my beer belly is bigger.  So I'm going to say GUINNESS DRAFT and  FAT UNDRESSING.
Posted by Norrin2 at 15:56 1 comment:

This is the poem I wrote for Kim on our recent 20th anniversary.  Three warnings - 1. If you already think I'm too uxorious you might want to skip this.  2. I'm not a poet, this was written to be presented on a cruise as dusk was falling on the Seine on a perfect Paris night.  It's faults as verse will be much more apparent under other reading conditions. 3. You have to know un petit Francais.

We paid a price to get from there to where we are,
Our hair’s grayer, joints stiffer, our hearts bear some scars.
And the road ahead, we have no way of knowing
What we’ll face up there till we get where we’re going.

But one thing is, has been, and will always be true
The boundless depth of my love for you.
With your love and by our union I have been blessed,
I will be yours all this life et – Dieu voulant – the next.

(You wondered once why there were no love songs
Written about girls named Kim,
But my life from 1993 to eternity is une chanson
D’amour pour tu, ma cherie, je t’aime.)
Posted by Norrin2 at 09:57 2 comments:

Is it too soon to start planning our 21st anniversary?

One of three bottles we brought back from our 20th anniversary trip to Europe was this bottle of Cinque Terre wine.  We tasted a lot of great wines on this trip -- and only a couple of crappy ones -- but the Cinque Terre wines were probably the best of the best.  If wine this good were available locally for as inexpensive as it was there I could give up beer and never miss it.

So it may be surprising that we've been home for a day and a half and still have not opened this.  More surprising is the fact that we're not going to open it until August 29th, 2014, which will be our 21st anniversary.  I have a feeling that our 21st will be a lot lower key that the 20th but that doesn't mean we can't drink this wine, close our eyes and pretend like we're back in Manarola.
By the way, you might think this is a sweet romantic gesture and it might be, but I also look at it as insurance. I mean if Kim finally gets enough of my mess in the next year and thinks about leaving I believe she might hang on just to get another taste of this wine.  Seriously, y'all, this stuff is great.
Posted by Norrin2 at 10:04 No comments:


Greta Gerwig is not my favorite actress with the first name Greta and last initial G.  But she’s my second favorite.  Which I realize sounds like damning with faint praise but it’s really not.  My heart has belonged to Garbo for a long time and it’s unlikely that anybody’s going to take her place as my movie star girlfriend any time soon.

And I really do like Greta Gerwig.  A lot.
Why?  I’m not really sure.  She too idiosyncratic and (I think) unconcerned to be beautiful and in most of her movies – especially in “Damsels in Distress” – I’m not sure what to make of her detached, almost emotionless style of acting.
But there’s something compelling about her, something vulnerable.  Whatever it is, it’s hard for me to take my eyes off her.

In “The Dish and the Spoon” Gerwig plays a woman who catches her husband cheating and takes off to her parent’s beach house.  Nobody there since it’s the dead of winter in Delaware – well, nobody there except a strange, bedheaded British boy.  We never do learn much about him.  He’s just there to play off Greta’s character, sort of a male equivalent of an ethereal weirdo, the manic pixie dream girl in so many romcoms -- except you can tell there’s no way he’s gonna end up with Greta.  And he’s not manic.
My favorite scene in this movie is when the pair wander off during a tour of Dogfish Head Brewery led by none other than founder and CEO Sam Calagione – who I rather doubt conducts many tours these days.  But unless you’re a beer nerd too, this might not be your favorite scene.

Suds aside, I also liked the rare opportunity of seeing Greta G do some actual acting.  She calls her cheating husband on the phone and is just cussing him up one side and down the other, saying she will not hang up the “fucking phone” until he tells her “every fucking thing” he did with his “fucking whore”.  Her reaction when he actually does tell her everything is spot on.
I didn’t like the end where – Spoiler alert – she goes home to her husband.  You could do so much better, Greta. 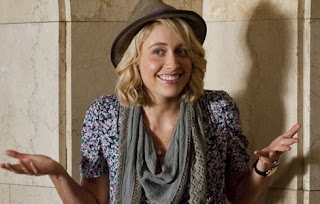 Don't get me wrong.  I love Thin Lizzy and "Jailbreak" is one kick-ass song.  But this is how it starts: "Tonight there's gonna be a jailbreak, somewhere in this town."

Really?  Somewhere in this town?  You can't pinpoint it any further than that?  Cuz I'm thinking a jailbreak is probably gonna happen somewhere real close to the jailhouse.
Posted by Norrin2 at 20:26 No comments:

I've been thinking about Icarus lately -- you know the guy in Greek mythology who was imprisoned on the isle of Crete until his dad Daedalus was able to make them a set of working wings out of wax and feathers, and they flew off into the heavens, but Icarus flew too close to the sun, his wing wax melted and he fell back to earth, where he drowned.  (Remarkably the 93 million mile fall didn't kill him.).
A lot of artists have thought about Icarus too.  Some like to depict him pre-flight,as they take their wings out of the Hefty Bags.

And of course some artists just use it as an excuse to paint naked naked babes:

But one of the most famous paintings of Icarus is also one of the least dramatic.  In "Landscape With Fall of Icarus" by Bruegel, you have to look hard to even find Icarus.

Give up?  That's him in lower right part of the painting, at least that's his legs.  I think the reason this painting impresses me so much is because it shows that people have been missing the point about Icarus ever since the day he did that swan dive into the sea that bears his name.  When scholars talk about the myth of Icarus they talk about hubris and failed ambition, but to me Icarus was a success, he reached his ambition and had good reason to feel a little hubristic.  The man flew, y'all!  Up very close to the sun where no one has soared before or since.  He pulled off the impossible -- and yeah, he paid a high price.  But look at the painting again.  Same as it ever was.  All around us people are doing miraculous things and we don't even notice -- much less contemplate trying to do some ourselves -- because we're too busy fishing, plowing and herding our sheep.
Posted by Norrin2 at 12:09 No comments:

In our closet there is a huge box full of mostly love letters from Kim's and my courtship days -- mostly but not all.  There's some other stuff in that box too.  Like this postcard I received in 1994 from someone who liked my letter to the editor --he was kind enough to post a copy of the letter on the back of the postcard:

That made me feel pretty good, that somebody liked something I wrote enough to compliment me on it.  The next item I found though caused more negative emotions.  It's a Christmas Card from Cher and it's doubly disturbing:
First because even though she signed it "Always" I haven't heard from her in about 20 years -- and she's obviously trying to copy my handwriting.  I have no idea why.
Posted by Norrin2 at 15:08 No comments: