IN SPRING A (NOT SO) YOUNG MAN'S FANCY TURNS TO LITERATURE

Last Spring when the weather started to turn nice (i.e. warm) I abandoned my usual lunchtime ritual of farting around on the internet and instead went outside to the lovely Waterfront Park next door. 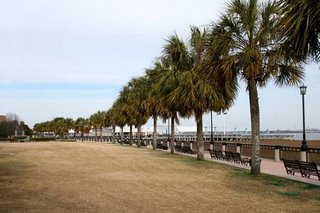 Of course I took a book with me. The book was "The Time Traveler's Wife" by Audrey Niffenegger. I'm not sure why I picked up this particular tome, because I didn't like the cover at first, but it turned out to be the best book I had read in a long long time, maybe ever. It's the story of a man with chrono-displacement disorder, a disease that causes him to bounce around uncontrollably back and forth in time, and the woman that loves him and how they deal with his affliction. Niffenegger is a master of words and I had to keep reminding myself that there was no such disease, because it and everything else in the book seemed real, realer than the park or the job I was supposed to be going back to. It blew me away, and it blew me away time after time. I wrote Niffenegger a letter to thank her for the book and I said that books like hers were the reason I kept making time for books and wading through mediocre books and refusing to join the modern subliterate zeitgeist; it's because of the handful of books like this one that you find in a lifetime (if you're lucky) that makes it all worthwhile. When our kids were little if somebody said they loved Persi-Cola or Sesame Street or anything they would say "If you love it why don't you marry it?" I thought of that after I finished reading"The Time-Traveler's Wife" and I told my wife Kim if I weren't already married to her I would marry that book.
In other words, I liked it. 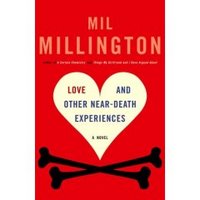 All right, so now the weather's turned nice again. I'm emerging from my winter torpor and heading back to the park. The book under my arm this time is "Love and Other Near-Death Experiences" by Mil Millington It is about a guy who is on the run from Christian fundamentalist terrorists who believe he has cheated God by surviving a restaurant explosion and who intend to help God out by blowing his head off. It may not sound like it, but it is absolutely hilarious. Millington cracks me up on almost every page. And I'll prove it. Opening it up at random I find the protagonist and his new girlfriend in bed after the kind of sex where the sheets need to be "ritually burned on a hilltop exorcism by an especially steely-nerved priest." And he says to her:

"I would never have guessed you'd be so . . ." I gave up trying to think of a word for it and settled for simply blowing air out between my lips. "I mean, you read books. You're 'bookish.' Aren't books and sex pretty much an either-or choice?"
"A notion that could only possible have gestated in the low-ceilinged brain of someone who doesn't read enough books. Just think of Emily Bronte, for example: psychotically bookish -- but was there ever a woman screaming out so loudly for a good f***ing? I even suspect that's why Wuthering Heights carries on decades too long rather than sensibly drawing the curtains a little after Cathy's death. It was Bronte saying, 'Look -- I'm simply going to keep on writing this stuff until someone comes and shags me raw."

It's hard to imagine two books more dissimilar. The only thing they have in common is that they both sent me back to work with red eyes and a warm glow.
And what I want to know is it the park? the season? the book? some combination? Would I have enjoyed these books as much if I'd picked them up in the winter? Could I take a crappy book to the park in March and would it sing to me?
Posted by Norrin2 at 18:46